June 28, 2011
As part of my testing work, I am currently working on using webdriver to test on Android. So I had to install Android Emulator on Windows 7. Below are the sequential steps and I hope it will ease some pain on getting Android emulator on your Windows 7 box. 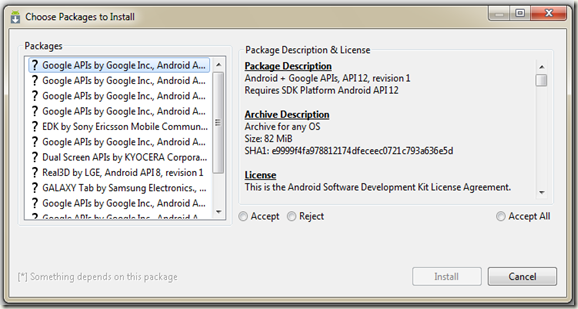 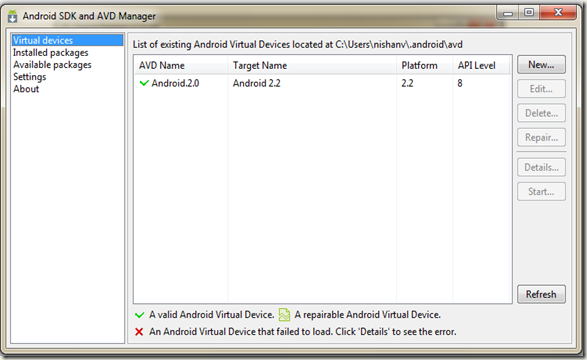 5. Once done select the Virtual device you created and click on Start. You can find the “Start” button on the right panel in the above shown image. Clicking “Start” will launch another pop-up, just say “Launch” and proceed.
Android Tech Blogs Test Automation

I came back from the background of writing test cases which were categorized in either Positive or Negative test cases. Positive test cases were business flows which may or may not give any result but they will certainly not give any exception or error. Negative test cases are those test cases which were bound to result into some exception or better expressed as error causing scenarios.  Then those positive test cases were prioritized as High/Medium/Low. Finally it used to result in quite a comprehensive test case document. Then it will go through the process of review and few more updates or change of priority etc. Certainly it is a tedious process.Here in ThoughtWorks I got introduced to different way of categorizing test cases called “Happy/Sad/Bad”. A test case which results you in a positive result is a Happy path, for e.g. entering proper username and password on login page. A test case which yields no result like entering invalid username and invalid password on a login screen …
Read More »

Today I was trying out  to test the Drag and Drop feature provided in webdriver.  First I searched for a website which allows me to perform drag and drop operations and came across a website “http://jqueryui.com/demos/”. On the top left you will see 2 items “Draggable”  and “Droppable”.  Those are of interest to us as of now to test the Drag and Drop feature if Webdriver. Draggable: The draggable sections looks like this. So you have a web element which can be dragged around in the circle. API to be used for these kind of controls is org.openqa.selenium.interactions.Actions.dragAndDropBy(WebElementsource, intxOffset, intyOffset) Sample code to drag this element to an offset is WebElement draggable = browser.findElement(By.id("draggable"));
new Actions(browser).dragAndDropBy(draggable, 200, 10).build().perform(); Droppable: The Droppable sections looks like this. You have 2 elements i.e one draggable and the other one to drop into. API to be used for these kind of contro…
Read More »